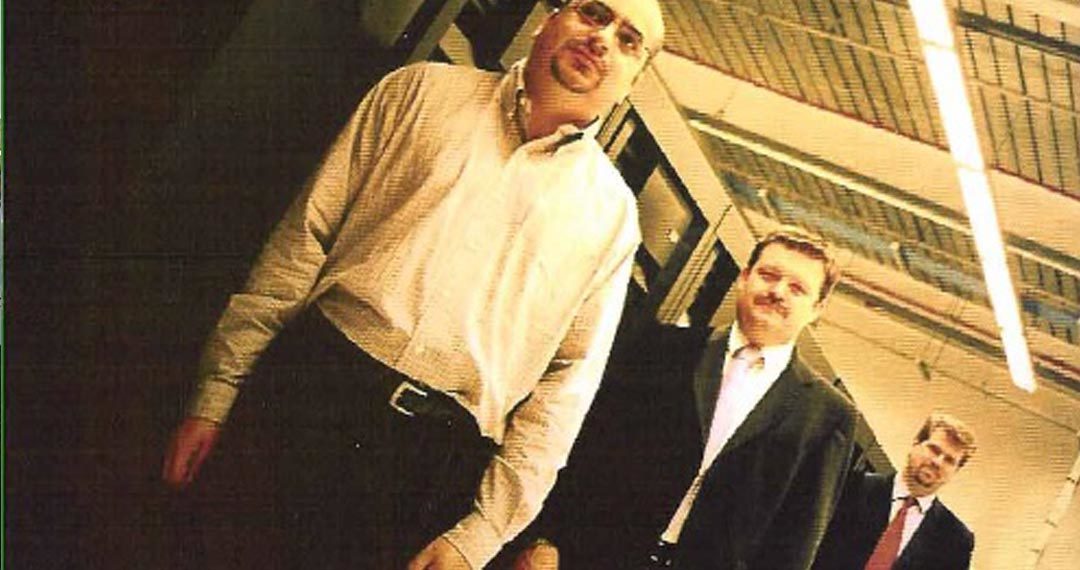 This article was originally published in the IBM Systems magazine.

In today’s world of fiscal belt tightening, many organizations focus almost primarily on cost cutting as a way to meet managerial and board requests for leaner operations, especially as it pertains to IT. By trimming staff, consolidating servers and automating more daily tasks, organizations feel they can meet larger goals of reducing overall company spending. Unfortunately, this may mean that they overlook the notion of cost control or understanding where their money is being spent so they can spend it better.

Informed Business Decisions One of the world’s leading vehicle-management companies, LeasePlan has offices in 26 countries and operates a global fleet of more than 1 million vehicles. As one might imagine, fleet-vehicle management such as that offered by LeasePlan entails tracking and processing large volumes of data that must be properly archived and yet remain easily retrievable.

Prior to the formation of the Dublin, Ireland-based LPIS, LeasePlan already had a solid investment in the iSeries server, with more than 60 separate iSeries boxes in Europe alone—many of which were already partitioned. (LPIS is a dedicated IBM shop, using most of the basic applications that come with the iSeries server, including LPAR Management Center and BRMS for backup and recovery.) In most of the LeasePlan offices, a few IT people managed the iSeries servers as side jobs, resulting in varying quality control. Data security and quality was also questionable. For example, an IT audit discovered one system that was almost two years behind on PTFs.

Chris Parker, interim managing director of LPIS and project executive of the start-up and migration process, explains how LPIS’s iSeries server consolidation makes technical, as well as economic, sense: “LPIS is the first step in our IT strategy to bring world-class professionalism in the IT arena at LeasePlan. This is for cost control, not cost reduction. From a company perspective, we have a lot of iSeries servers in our countries, but we don’t fully understand what it costs to run them; we don’t know the cost of low quality of data, and we don’t know the costs of external contracts to support them. As we move all of the iSeries processing to Dublin, it may be costing us more initially, but the good news is that this cost is very visible and we can make more informed business decisions on future consolidations and development.”

The initial objective of LPIS, which was formed in January 2003 and became operational in June 2003, was the migration of iSeries systems from the European LeasePlan country offices. But LPIS will also manage the global LeasePlan WAN and provide hosting for next-generation group-wide applications. The firm provides servicing and support for iSeries and Intel* servers and the WAN, in addition to future services such as middleware and application support. Spread over two datacenter locations and powered by five iSeries 870s, this enterprise represents the largest iSeries installation and BRMS network in Ireland.

A Safety Net LPIS decided on a datacenter model that includes two physical locations, each containing production and development partitions and configured for high availability. As a result, all of the production in one location is mirrored to the other and vice versa to be fully resilient. Further resiliency is factored in via separate 870s in each datacenter so there’s less impact if one system goes down. LPIS can therefore effectively handle its own disaster recovery, helping it not only provide a high level of availability, but also avoid a third-party contract for disaster-recovery services.

An impressive 10 TB of internal disk storage, along with four Fibre-connected 3584 LTO tape libraries (two at each location), also helps ensure peace of mind and secure data. For example, if LeasePlan’s Belgium production location goes down, the tapes, which are replicated to the second center, can be quickly loaded onto the system at the second center. The result is an effective safety net that helps ensure data security.

“Batch processing is very processor intensive, and data from one LeasePlan country used to take more than several hours to complete. Thanks to the iSeries 870s, we can complete this process in less than an hour.” -Tim Shoubridge, interim technical services director, LeasePlan Infrastructure Services Operations

Having a strong technical base enables LPIS to strategically plan future growth, and the next step involves creating business cases for new development. For example, if all of the partitions are doing the same thing for 10 different countries, then it might make sense to invest in a development project that would result in just one application for these countries. Another business case under evaluation is Domino* consolidation.

The five i870s will offer powerhouse performance as LPIS grows, but Tim Shoubridge, interim technical services director for LPIS Operations, estimates a major upgrade within “a four- to five-year timeframe. From a technical standpoint, the demands on our architecture will increase and change. For example, some countries may require us to host Linux* servers, and we are able to adapt to do that either by catering for this requirement or porting them onto an existing platform. We must be responsive to that, following our mission to listen, build and serve,” he explains.

On Schedule It’s important to note that LPIS was designed as a stand-alone business based on a shared-services model, as opposed to remaining a corporate IT department, and it reports directly to the COO of LeasePlan Corp. This results in strong accountability that creates a market incentive for LPIS to deliver value-add to its internal customer base. The company mission underlines a strong commitment to respond to customers’ IT requirements.

Parker describes LPIS’s unique operational process: “We chose to separate the project and strategic responsibilities. A separate project group within LeasePlan focuses on the ongoing migration work, and the head office in Holland provides IT strategy, architecture and overall governance. That’s significant because, typically, you hear about projects where an organization creates a new datacenter, and then the people in the datacenter are responsible for bringing in the migrations. But those people often get distracted with everyday operations, and the migrations are delayed or don’t happen at all, or operations suffer because they’re too focused on the migrations.”

LeasePlan countries are treated as valued LPIS customers, and they have recognized LPIS as a strong asset. Shoubridge offers an example of its superior performance. “Batch processing is very processor intensive, and data from one LeasePlan country used to take more than seven hours to complete,” he says. “Thanks to the iSeries 870s, we can complete this process in less than an hour.” LPIS offers a host of additional capabilities, providing capacity, systems management, operations and service support, backup and recovery, and network connectivity. The currently configured 92 partitions allow LPIS to host all of the countries’ production and development environments, and many partitions are used for group-wide applications.

LPIS faces a demanding timetable for completing all LeasePlan country migrations. Currently, five countries—Portugal, Ireland, Denmark, Greece and Belgium—are completed with 15 more to go. The LPIS team expects to meet its target completion date of mid-2005—and the project is on schedule. Notably, the organization has thus far run into only a few implementation glitches, none of which was due to the iSeries servers themselves. For example, the team was experiencing mysterious intermittent outages over a two-month period that cast suspicion over all of the hardware. After completing a thorough analysis, the problem was isolated to a faulty core network switch that damaged cards when they were inserted.

A Green Field LPIS was determined to be self-reliant during the project and avoid the common pitfall of over-dependence on outside consulting resources. Although LPIS received technical and service support from IBM and two value-added resellers (VARs)—Notability and PA Consulting—a team of internal project managers and IT specialists handled the major project implementation. (Staff from IBM United Kingdom and Ireland supported the planning process by running information through their configuration tools, providing solution-assured design against LPIS’s requirements. IBM account managers and engineers also helped with the implementation and installation.) This can-do strategy paid off—within two months of becoming operational, LPIS confidently moved from proof of concept to initiating migration processes with their Danish, Greek and Belgian LeasePlan customers.

Shoubridge recalls the sense of determination that motivated him and his team: “It is a rare opportunity for a company to start from green field and to plan, design, build and deliver an environment of this size. We succeeded in meeting the restraints and requirements of time, quality and cost.”

LPIS also demonstrated that specialization—instead of relying on many generalists as it had in the past, when each iSeries server was administered on a part-time basis—creates an increased ability to deliver high-quality service. By bringing all of the countries together and using a few very good specialists, LPIS has significantly increased the overall quality of its IT services and systems availability.

Lammert Gerkes, senior vice president of Group Services ICT at LeasePlan Corp. in Holland, elaborates on the strategic timeliness of LPIS: “LeasePlan will find it very hard to manage down the costs of our IT without having some way of consolidating its hardware and software platforms. With LPIS, the cost of deployment of new technology and solutions can be reduced and be done much more quickly, which is essential as the leasing market consolidates and becomes more competitive. These sorts of programs typically take three to five years to complete, so if you wait until hard times, it may be too late.”

A Promising Future Based on LPIS’s operational success during the first year, upper management released funding for the second datacenter location and the remainder of the equipment, which was accepted as operational in June 2004.

“LPIS is a company that thrives on challenges. From day one, we knew that this was going to be a project that tested our technical and operational skills,” Parker says. “Within a remarkably short timeframe, the LPIS team cleared the first hurdle of a challenging objective. We feel confident and primed for the next phase.”