IT Will Be An Open Game for Everyone

Driven by technology, consumers will act more individually and rationally. Companies and organizations will have to address this with benefits-driven and consumer-focused IT. The traditional CIO role has to evolve into one of business technology leadership. In his book ‘CIO Survival Guide for the Experience Economy,’ Chris Parker provides ideas on how to survive. In this interview, the former CIO of LeasePlan Corporation, gives an update on his thoughts, half a year after the book’s publication.

Recent trends and developments underline that you were right: customers get more and more the attention they deserve from corporations and institutions. IT plays an important role to support this, but it is not necessarily driven by the CIO.

“Indeed, I see lots of indications from the market that my thoughts and arguments were right. Gartner last year stated that in 2017 the Chief Marketing Officer will spend more on technology than the CIO, and it is already going that way. Nowadays smart marketing people are doing massive in-depth analytics on huge amounts of data, at low cost and without the help of IT.”

Are CIOs still blind for the fact they will be taken over by other functions?

“A couple of years ago it was about IT in the boardroom, but that’s not on the agenda anymore. The hard core IT Operations and Services people have accepted their fate. One of the first things I did when I became CIO of LeasePlan Corporation was move the reporting line of IT Operations, which supported the Head Office building, to Facilities. The dream of IT has become true: it is finally a utility. The consequence is that CIO’s remain important and there will always be a role for them in a traditional sense, but not necessarily strategic.”

Do CIO’s and other traditional tech people, in general, react well on your message?

“No one has said that I’m heading in the wrong direction and no one has challenged the logic. For the people that don’t yet see the tendency I would state: position yourself or you will be positioned. The reality of the market these days is the commercialization and consumerization of IT. That means the marketeers can buy every tool they need with a credit card. Five years ago a smartphone was an innovative device, now it’s a basic part of the game. These facts are smashing the castle and foundation of IT totally.”

Do you see differences with for example the United States?

“I recently visited a conference were they showed some demographics on the CIO function. Apparently, in The Netherlands there are much fewer females in IT leadership than in the US. The topic was gender inequality, but I think there is a difference in the CIO role in the States, so it’s not fair to compare. In the States technology is more commercially and relationship focused as opposed to more engineering and operations here in The Netherlands.”

You presented your book as a CIO Survival Kit, but in fact you say a lot of CIO’s will survive having responsible for IT Operations. Just a small amount of CIO’s will evolve to the more external facing role.

“I do not have a judgement on which CIO role is good or not. The book is merely a series of articles describing my personal journey. In that sense, it was all about my own survival, although during this journey I stepped away from the CIO role. As a result, there is some inconsistency, but that is a part of the creative process. I believe every organization will need a leadership capability to find ways to attack commercial opportunities with technology. Forrester is already talking about a Marketing Technology Office (MTO) outside of IT. Unlike IT, the MTO would most likely been seen as a profit center, because it is connected to revenue. In terms of their survival, CIO’s could start to set-up such an office and claim the space. Otherwise the CMO, or even CEO, will do it.”

These are not the theme’s the traditional CIOs are comfortable with.

“I agree. But that is not a problem as long as there are other things to do, such as IT delivery, security and integrating different applications. There remains a place for the traditional CIO, but it is certainly not at the board table and it might not even be reporting to the board. CIO’s have to make a choice: are you moving into the the commercial exploitation of technology, or will you be responsible for the traditional IT operations? Both roles will have to be fulfilled either  way.”

Within financial services I see people responsible for Business and Product Development successfully setting up new web or consumer targeted services, all beyond the horizon and influence of the CIO.

“That also comes back to the choice you’ll have to make. Are you as a CIO responsible for how technology is going to benefit the organization? An organization can no longer afford not having an owner of that subject. The people who are responsible for marketing, analytics or business development don’t want to deal with the old ‘Dr. No’ of IT anymore. When IT gets involved, a project can take years and go nowhere, because IT wants to address the request by putting everything in ERP or whatever the ‘proper’ technology is. If the CIO plays a role in enabling the business he or she will have to reconcile the different truths: focus on what is possible and what is desirable.”

Will a focus on the benefits of the business also put an end to the discussion on alignment?

“This discussion is another artificial phenomenon created by IT. Ultimately, the business won’t allow you not to be aligned. You’ll get your chance and otherwise they’ll take it. My experience is the smaller the company or the more local IT is organized, the more IT leadership considers themselves business people. They sit on the same floor, have lunch with the commercial guys. They still have to keep things going, but on a much smaller scale. The role and the alignment of IT is also related to the scope and size of the organization.”

So there are more roles for IT to choose from, but there is also something in the middle?

“No. IT leaders in the end will have two choices: basic IT delivery or an IT related role fulfilled from the perspective of the business. The CIO still has the opportunity to embrace that second opportunity.”

Do you think time is ready for this new role?

“Not yet, but it is changing right now. For both business people that see the IT potential and IT talent with the right business oriented skills, the sky will be the limit. The consequence of Moore’s law is that technology will continue to develop on a faster pace to ‘zero cost’ and ‘unlimited everything’. The fact that the trend is exponential means the change is going to happen fast and the barrier to technology will vanish. It will be an open game for everyone.”

A game that will change a lot.

“I think so, because also the human values are evolving. My hypothesis was originally that cultures would merge into one because of travel, telecommunications and technology. This is not the case. Research shows cultures globally are remaining different, however they are all evolving into versions which are more independent and rational. Older society’s were generally traditional and collective, but millennial’s all over the world are much more rational and individual people. They will innovate, drive, change and exploit all the new opportunities. The other thing is that with all major eras of innovation, like canals and the steam engine, historically investments were high and benefits low in the beginning. First the bankers and infrastructure builders took profit and after a crash or correction finally everyone benefited. We are now in the correction zone of the information age. The opportunity for non-technology businesses is to exploit all the infrastructure which has been put in place over the last few decades, and they will need leadership to make that happen.” 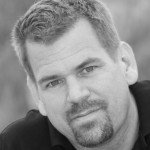